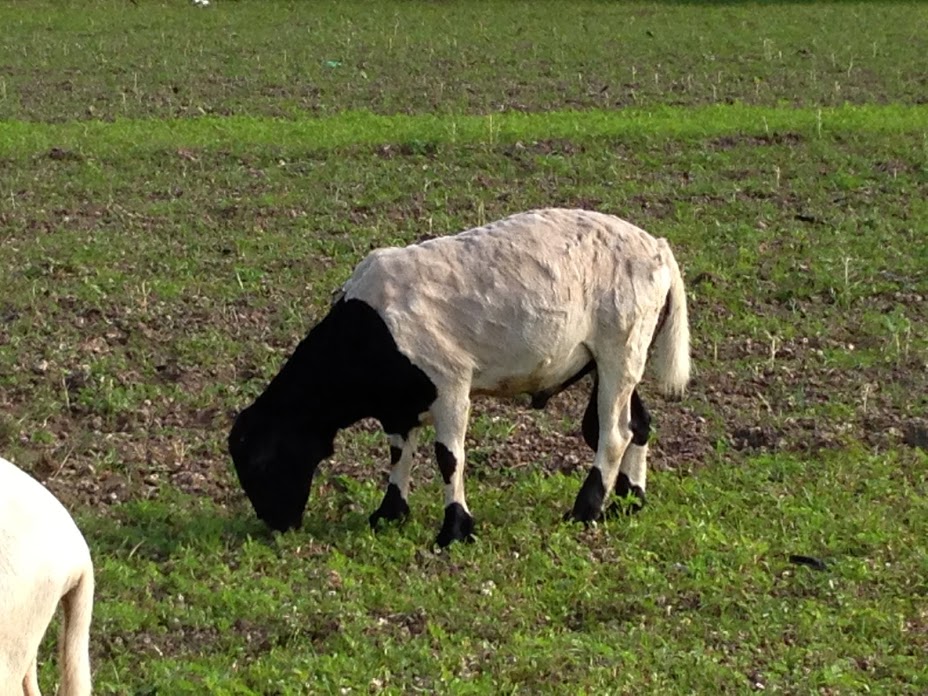 In the time when Woodrow Wilson was President of the United States he used sheep for grazing in the White House Lawn. They sold the wool to raise money for the Red Cross in World War 1. Over the years since ancient times to the modern days sheep has been a form of life for many people do to the fact that they are very productive and can reach high production in less years. Has been stated that sheep will produce more lambs in less time than a cow. In many ways it can be a more profitable business and reach exceptional numbers of head in a very little time. The biggest losses in the sheep industry and where they affect the most occurs when the herd is attacked by predators which will immensely affect the production of sheep do to the stress that many ewes go throw. Predators will likely go for the smaller lambs but the herd can stress out to the presence of the predator that most ewes in gestation can result in abortion.

Predators are the main reason many farmers do not like to produce sheep, or they prefer to keep their sheep in the barn and avoid letting them loose for grazing. Among the most deadly predators is the coyote, do to his size he will most like attack a sheep rather than cattle, unlike the mountain lion that has more strength to kill cattle. The coyote is a bigger treat to the sheep industry and must be controlled before they can finish of the herd. Figure 1 shows the probability of attack of the most common predators farmers can encounter on desert areas; this study was made at Ranch Ojo Caliente in Mexico. As it shows in the graph the coyote is the first and most deadly animal on the sheep farming business, then the bob cat and at last the mountain lion. Even tough the Mountain Lion has more strength and apparently he will be the biggest threat, he prefers to attack bigger and tastier animals. The profitability of the business is greatly affected by them. The sheep when they are at a predator’s sight they bunch up together so they can protect themselves and predators will reach the outside sheep. The most common predators are, coyotes, lions, bob cats, wolfs, etc. Schoenian Susan, (n.d).

There are many types of losses on the herd and not necessarily includes predators but new born diseases and lack of protection from the cold. Is very common for a sheep and mostly on lambs that are on the feeding program to get sick from a high consumption of grains and cereals. Another cause of losses on the herds is a poor management by the shepherd or the omission of vaccines and dewormers. It is important to avoid every type of losses in order to profit form the business. First is the need to control predators from attacking the herd. In this area it is important to accompany the herd with a shepherd when they are loose and grazing. Also have a guardian dog with the herd at all times. The guardian dog must be raised form his moment of birth with the sheep this way he will feel he is one of them. Schoenian Susan , (n.d). Guardian dogs bond with sheep’s from their birth till they reach their adult age and becomes their guardian at all costs. Guardian dogs may have a difficult time blending in and at many times they get rammed by the sheep in the herd. The shepherd must be equipped with a small rifle for warning shots to keep the predators away. For avoiding natural losses it is important for all lambs that are going to enter the feeding program to have pre feeding period that will get their rumens ready for grain consumption. This will avoid diseases further on the program. To avoid other type of diseases every sheep must be vaccinated twice a year and dewormed. Many times it is necessary to supplement minerals on their daily ration to strengthen his defenses and be ready to receive the winter.

The type of feeds that sheep eat will represent the profit at the end of the year. For high meat production is important that all male lambs enter the feeding program, this will permit to gain weight on the lambs. Every lamb entering the program needs to pass the pre feeding period applying the method of creep feeding which consist of supplementing grains at a low doses in traps in which the ewe does not have access to. Once they reach the feeding department they have to be fed on stretch feeders so every lamb eats the same portion of food. Otherwise the dominating lambs will eat an extra portion. All lambs must be weighted before entering the program so the farmer can measure the success of the program at the end. Food must be supplemented daily and available every day of the feeding program. If the farmer sees a sheep that is preventing the rest of the sheep to eat the same portion of food, that sheep must be separated from the flock for the sake of the sheep and the flock. Every ewe that is in gestation must be introduce to the flushing method of feeding which consist on supplementing high quality forage and grains to the ewes on their last 50 to 30 days of gestation. This is with the intent of producing more milk on the ewe to deliver and feed his new born lamb for the next two to three months.

Management can be the difference between profit and no profit. A well managed farm can produce high success in the business. Is important to follow farm guidelines to the letter; from vaccine dates to small operations on the farm. Is important to maintain the premises clean and provide sheep with clean water every day. Keep a record of every aspect of the farm and make annotations of every concept or things that are predicted. Ear tagging is another way of keeping and organized control over the flock, marking every lamb from the moment of birth till it reaches the sacrifice age or the breeding age. This will help the farmer know when and what ewes can be used as replacement ewes. Record should include birth age, mother and father records, type of birth, birth weight, weaning weight, vaccine dates, and breed. Rams must be kept well fed and in different departments until the breeding season begins. The ewe must be well fed, so she can be strong to support upon the rams exposure. It is important that all tails are cut on birth to prevent diseases cause by the excrement of the sheep. Is also of important to the program success to weight every lamb before they start the feeding program and after they finish unless there are rams that are going to be left for breeding; which has to be every month.

Figure 2 Production in the future

There are several hair breeds that have a high production conversion. Production refers to the quantity of heads that can be produced in a given period as shown in Figure 2. Historic fact, According to Schoenian Susan (n.d) , Over the past 200 years, the U.S. sheep population has come full circle. From 7 million head in the early 1800’s, sheep numbers peaked at 56 million head in 1945, and then declined to less than 7 million head on January 1, 2003. At the same time, industry emphasis switched from wool to meat production. Sheep numbers increased slightly in 2005 and 2006, the first time since 1990.

The Katahdin breed that was originated in Main USA and has his name in honor to Mount Katahdin that stands in this state and is also the most prolific breed among the hair breeds and is very resistant to cold weathers and can adjust to any kind of climate. They are white hair animals and robust. They have long neck and short legs; their back straitens out and gives this breed a taste of elegance. One of the most profitable breeds in the market. The Dorper breed originated in some place of Africa and has blood from the famous Dorset wool breed. It is a very strong breed that can adjust to any environment and has the strength to support very cold weathers. The main characteristic of these animals is that there hair is white but the head is covered with black hair. Is also a very robust breed and has a high meat conversion. The Pelibuey breed has exceptional maternal instinct and can give birth to three or four lambs in one cycle. Their hair is light brown and many of them can show a black circle, like mole type just above the eyes.

One of the ways to increase profitability of the company and have bigger meat conversions is by applying cross breeding in the system. To have the best meat conversion is to cross breed two hair breeds; is recommended to cross Pelibuey ewes with a Katahdin ram or a Dorper ram. This way it can gain the maternal instinct and prolific characteristic of the Pelibuey and the strength to support any kind of whether from the Dorper or Katahdin. This will result in a F1 hybrid. To this cross a third breed will be implemented which will be a wool breed like the Suffolk to give the crossed lambs higher meat conversions. This is called a terminal cross where every lamb from this cross will go to the slaughter, sex does not matter. Even tough the saml ewes can be used as replacement ewes it is not recommendable because do to that third cross coming from a wool breed can bring additional operating costs to the farm. That is why it is important to send all lambs from the last cross to the slaughter house and convert that extra income instead of bringing more operating costs to the farm.

Any body that wants to go into the sheep farming business it is important to reduce predator attacks and minimize looses on the herd. Always be sure to accompany the herd with a guardian dog that sleeps, eats and spends the day with them. And the use of a shepherd, when the sheep are out grazing and that he is equipped with a weapon in case a predator presence in the area. Lamb survival is a crucial part in preventing losses as well, and in this particular case the shepherd has to be well informed on what days each ewe is going to give birth. Sheep farming in general is a very outworking job but the profits will make out for all those days of hard work. If the farm has all the necessary equipment and well managed the company must succeed.